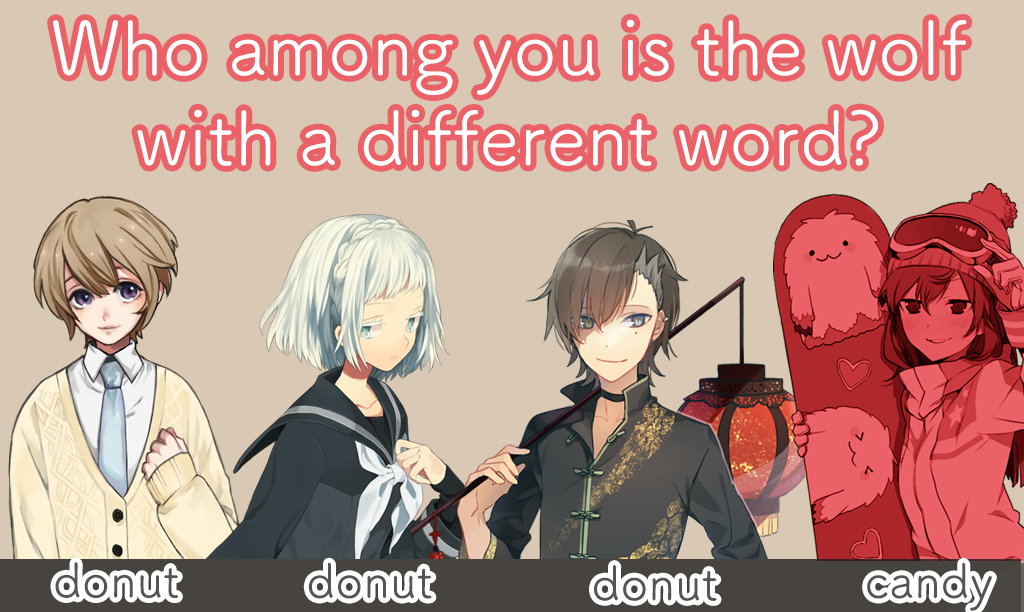 Have you heard of WordWolf ?
Unlike the basic social game “WereWolf”, WordWolf can be played offline and online from 3 players.
The players themselves choose the game length as well as how many players they want in. 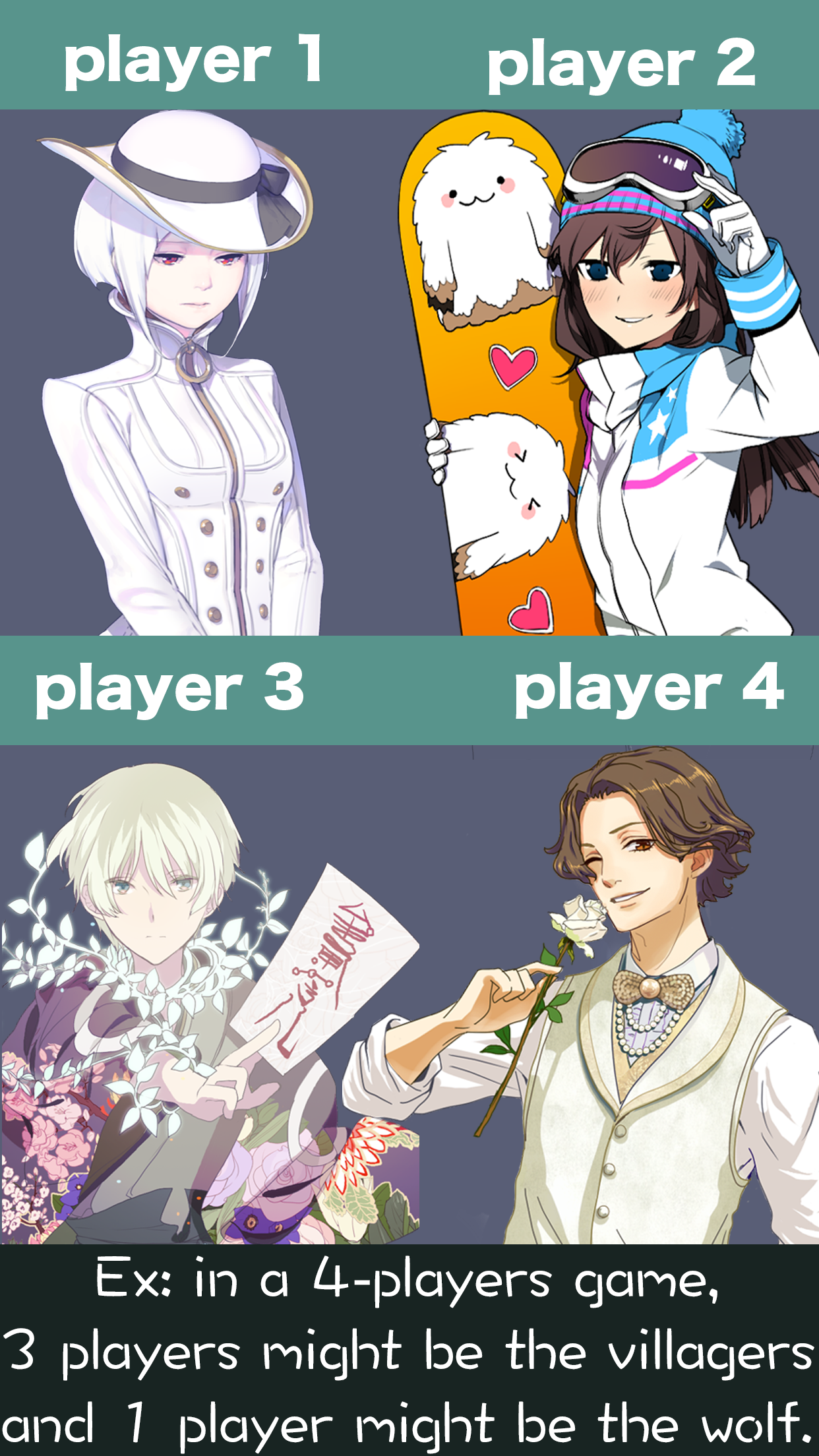 In WordWolf, each player will be attributed one word or theme.
The player who gets a different word is the wolf.
For example, in a 4-players party, if 3 players get “hot dog” and 1 player gets “hamburger”, the player who got “hamburger” becomes the wolf.

Of course you cannot know before the game results what role you got (villager or wolf), the goal being to unmask the wolf among players. 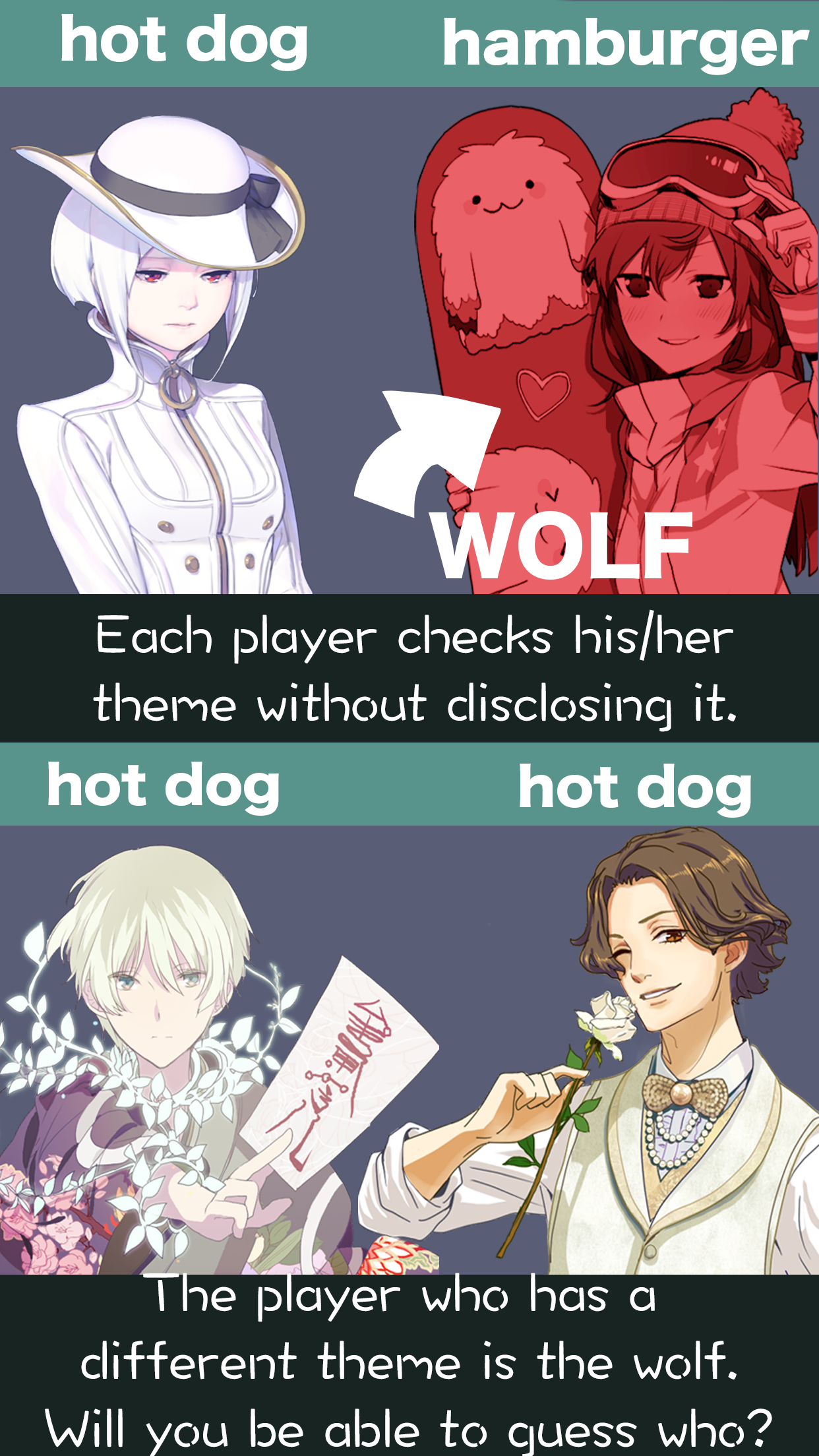 In WordWolf, the game will take place according to the following order:
① Each player secretly takes note of his/her theme
② Players discuss between themselves and mutually ask questions
③ Players vote for the player they believe to be the suspect

No holds barred, you can ask anything you want and mislead players during the discussion time.
For instance, if after a few minutes you realize that you might be the wolf, you can lie to protect your identity and not be voted against.
If the given answers during the discussion are different from yours, you are allowed to ask further tricky questions in order to guess your and other players’ role.

The secret of victory boils down to your capacity to ask the good questions at the right time, identify weaknesses, and analyze the given answers. 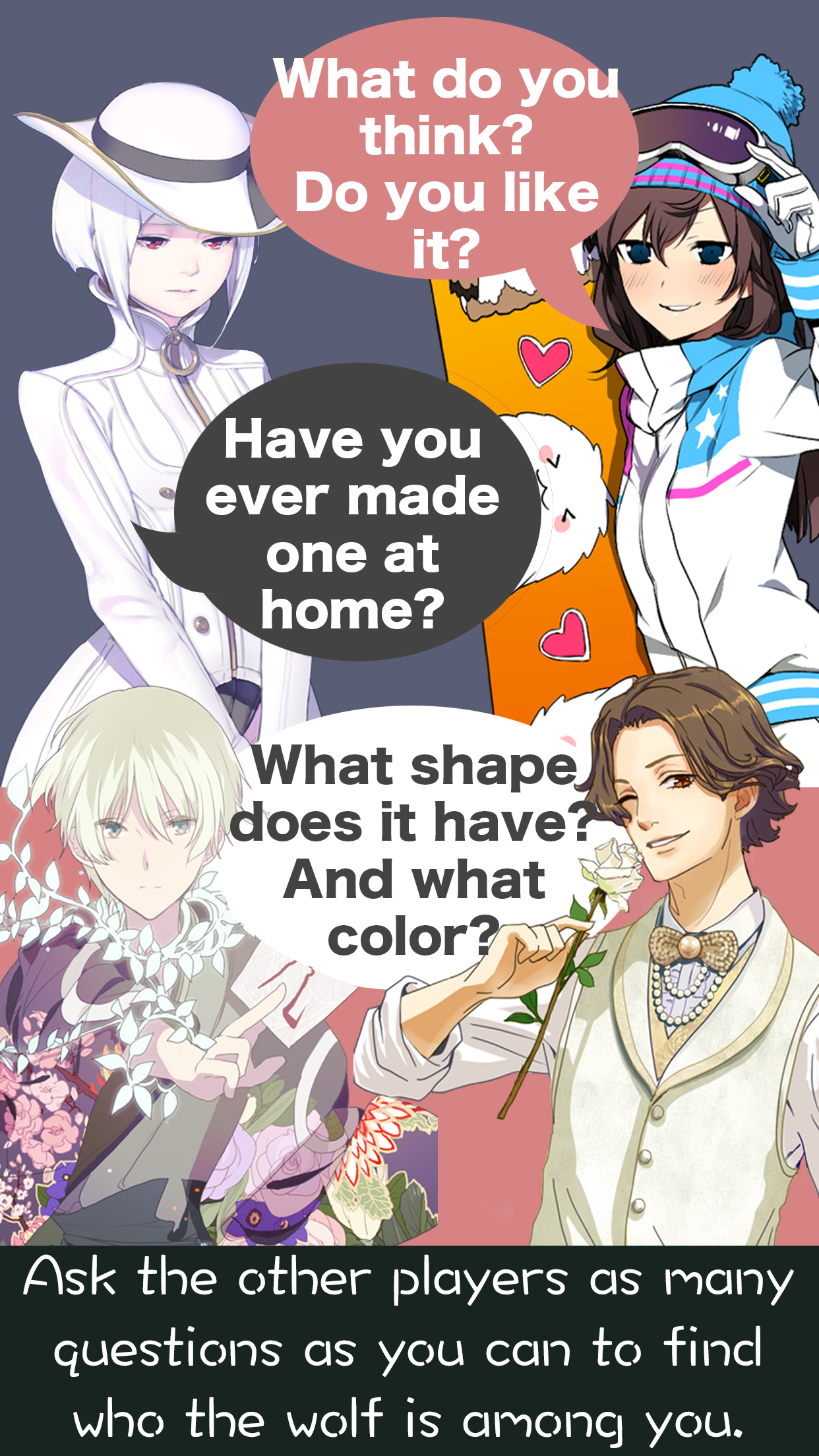